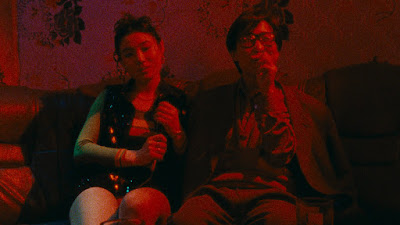 Long before he was one of the leading lights of modern Chinese cinema, Jia Zhangke was just a guy with a 16mm camera shooting movies in his hometown of Fenyang, a nowhere city in China’s landlocked northern regions hundreds of miles from Beijing. His early films were, as they still are now, slow and methodical—they’re embalmed with the same sense of urban decay as the run-down buildings and alleys his characters populate. They rarely contain traditional stories, instead languishing in brilliantly realized environments, casually following his characters as they scurry about like ants in an ant farm.

Consider Xiao Wu, his feature debut he made for about $50,000 with a cast of non-professional actors. At 111 minutes, it’s the shortest of his early films and perhaps the most focused on a traditional narrative. The opening sees the eponymous young man climb aboard a bus, brazenly shirk the fare by lying that he’s a police officer, and picking the pocket of another passenger. This scene is probably the most narratively condensed in the entire film until the last ten minutes when Xiao is finally caught, imprisoned, and publicly humiliated by the police. These two sequences bookend Xiao’s detached, aimless wanderings through Feyang which only gradually reveal his inner feelings of insecure nihilism.

For Xiao is a man left behind by the rapidly developing China around him. Though many of his friends and family began as petty criminals like him, they’ve almost all gone on to more lucrative and legitimate interests such as his brother whose wealth and success causes him to lose face whenever he visits. His attempts to ingratiate his way back into their lives fail miserably, and the only solace he can find is in the paid attentions of local call girls, one of whom he starts a relationship with until she drops him for somebody better. Indeed, so unmoored is Xiao in this world that he can’t even pay for emotional intimacy.

As would become common in work, Jia’s protagonist is an embodiment of a distinctly Chinese everyman, one overlooked and abandoned for the sake of progress. Whether he’s window-shopping for fancy consumer electronics he knows he’ll never be able to afford or luxuriating in an empty public bathhouse while, presumably, the rest of the world hurries about its workday, he knows he’s forever incapable of benefiting from China’s economic flowering into a superpower.