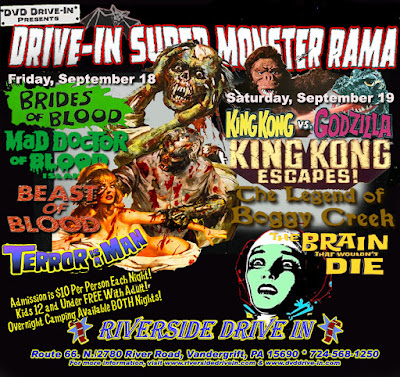 As sign of the apocalypse I went with my brother to the Riverside Drive-in in Vandergrift  near Pittsburgh Pennsylvania for their fall Drive-in Super Monster-rama. What this means is that they run four classic drive-in style films with trailers, commercials and intermission clocks in the style of old time-ins.

Going involved a seven dive hour car ride from Long Island to the far western side of Pennsylvania.  There is nothing wrong with it, but it cut short the first night since by the time we arrived we had just enough time to  check into the hotel, drop our stuff, clean up and head off to the drive in which was a half an hour away from the hotel. 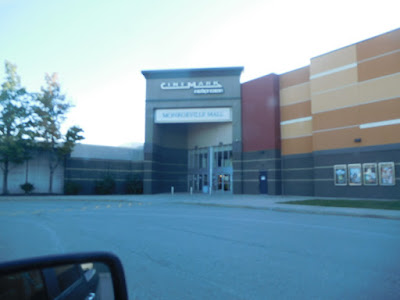 The hotel was literally at the Monroeville Mall which many of you know was the location where Dawn of the Dead was filmed. 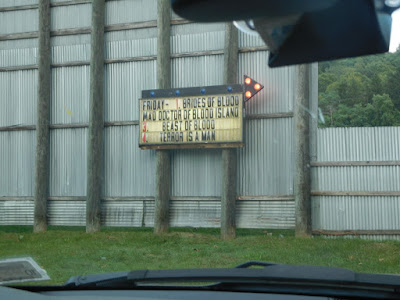 To be honest we didn't absolutely have to rush to the drive in as early as we did but we wanted to get there early enough to get a good spot, get the lay of the land and get dinner. The food at the theater was supposed to be great and it was. We ate there both nights meals that included burgers, fries, vegetable beef soup, Chilly Dillys, popcorn and other goodies. We did not have the pizza, which looked awesome or the monstrously huge funnel cakes, but we had most other things. (Diet? What diet?) 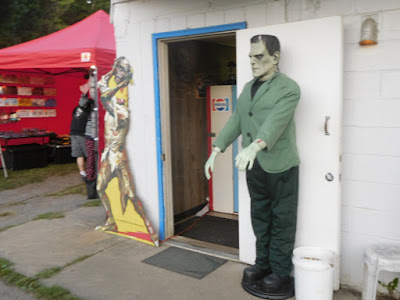 There were tables of DVDs, magazines and collectables  set up in and outside the snackbar. We picked up some pins, t-shirts and magazines as well as kibitzed with anyone we ran into. 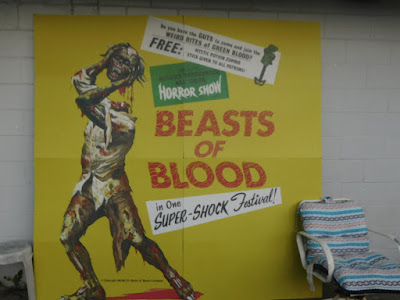 The first night's selection were the Blood Island films.  The order that the fest ran them was to run the "first" film, TERROR IS A MAN last. And it's understandable since I'm guessing it's the least interesting of the quartet. (It's actually only connected since it is just set on the island) 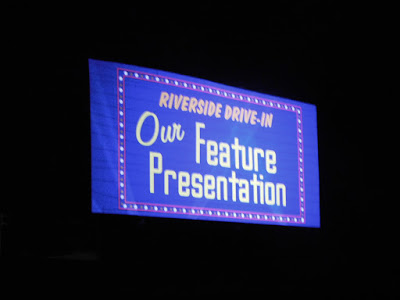 I made it through BRIDES OF BLOOD and MAD DOCTOR OF BLOOD ISLAND before nudging Joe awake, he fell asleep early in MAD DOCTOR, and saying let's head off. The problem was not only were we tired, but there is so much good stuff before and between the movies that everything goes runs long...not that there is a real scheduled start time. We were heading off after 12 and we were shot.

The next day we were up early for breakfast and shopping before we had lunch with our cousins who we played miniature golf with. 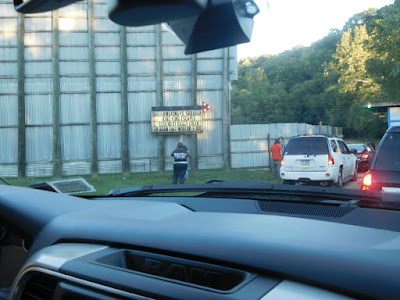 We arrived back at the theater early we found a line to get in and the place already packed. It seemed everyone wanted to see KING KONG VS GODZILLA on the big screen. (And it was true because a .lot of people left when the film ended). Somehow we managed to get the same spot as the night before. 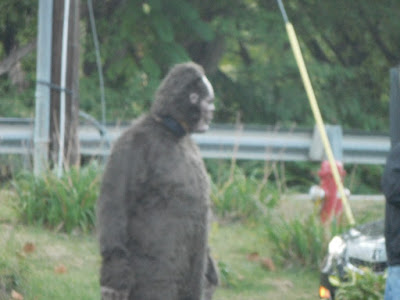 Bigfoot was running amok in the parking lot. 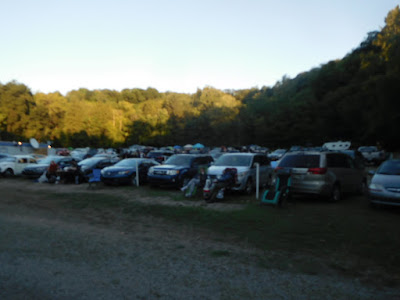 Joe and I run into Jake and Mike and spent a lot of time talking.Joe talked photography with Jake and Mike told me about the history of the area, clueing me into a lot of stuff I never would have known. It was a blast. 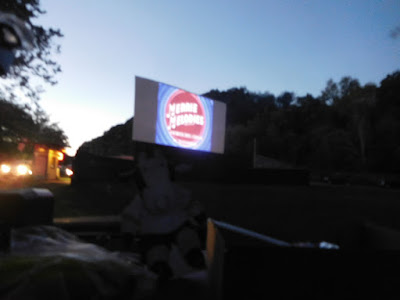 bar was hopping and we didn't get to eat until the movie started. Joe stayed behind at one point to get the made to order stuff and ended up missing the Bug Bunny cartoon they ran before everything started. 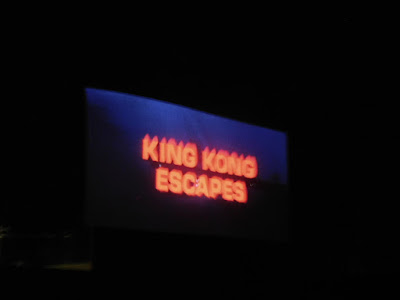 Saturday night was great. We only stayed for two films because the addition of a Mr Magoo Cartoon before the first film and Three Stooges short before the second everything ran really long.  We left around 1230 just as KING KONG ESCAPES ended. We would have stayed for more but we wanted to leave early Sunday to get back home. 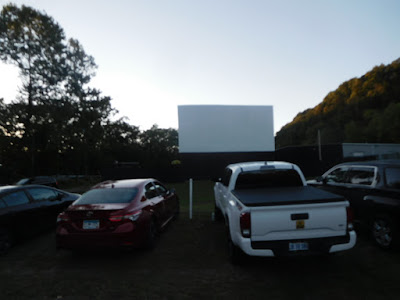 We had a blast and a half.  Fun movies, good food and great people made the trip not only worth it but something we have to do again next year- though the plan is to go a day early and leave a day late next year.

For more information go to www.riversidedrivein.com or DVD Drive-in  which is how I discovered it.