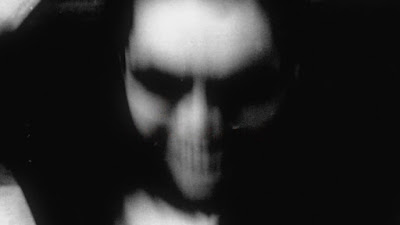 “Something Started Must Be Finished”

Begun and abandoned in 1967 by Raul Ruiz it was picked up and finished five decades later by other hands after the great director died. The result is a time capsule new film that feels like one made when it started.

The film concerns the story of a professor whose life goes strange after his wife commits suicide and his dreams seem intrude on reality.

Looking and feeling like an inde film from the late 1960’s (say Night of the Living Dead anyone?) the film is very much a product of it’s time. Watching it was kind of like comfort food in that I haven’t seen many films like this in a long while.

Taking the film on it’s own terms it’s an interesting doodle. I don’t know why Ruiz abandoned the film. Forgive me for not running that down, it didn’t seem important to me. What it feel like is a cinematic napkin sketch from a great artist. It feels like it’s a bunch of things that he was playing with rather than a finished film. You can feel how bits ended up in other places.

For fans of a Ruiz the film is a must. For everyone else it’s worth a look, especially if you like films with a bend toward the art house.
Posted by Steve Kopian at September 23, 2020