Yesterday I found out that Cabane A Sang has a TV show highlighting the best horror shorts. Knowing Frank and the festival programmers this is going to be must watch TV. Details below. 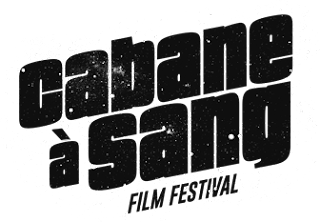 MONTREAL, 22nd of September 2020 /Cabane a Sang/ - Starting on the 30th of September, La Cabane a Sang will air on french Canadian horror TV station FRISSONS TV. La Cabane a Sang, a spin-off of the Montreal based film festival by the same name, is hosted by Frank Appache and his loyal sidekick Martin Richard, curating a variety of short horror films and genre satires. Each uniquely themed episode will offer interviews with the creators of the films being showcased. You can expect locally-based films from around Quebec, as well as Canada, the USA, and a multitude of other countries. The adrenaline-fueled show will be sure to feed the viewer's nostalgia with its 90s late-night television vibes.

Independent filmmaker and director for nearly 10 years, Frank Appache has discovered film making thanks to a work reinsertion program. Since then, his films have traveled the globe while some of his comedy skits have been featured on American television. He is also a regular at the Fantasia International Film Festival.

Passionate about all genre cinema released on VHS format, Frank plays particular attention to the over the top sensationalism of the 70s exploitation cinema, the aesthetics of 80s horror cinema, and 90s television. These influences can be felt both visually and narratively through his work.

FRISSONS TV is a specialized Francophone channel with content entirely dedicated to genre cinema where vampires, werewolves, zombies, alien invasion, monsters, serial killers, demons, and killer creatures come together for an uninterrupted 24/7 programming, sure to please any horror hound.

The channel is available to subscribers of Bell, Videotron, Shaw, Cogeco, and several independent distributors in Quebec and the rest of Canada. FRISSONS TV can be included in your current package at no additional cost. The channel is also offered a la carte. For more details, visit the channel's website at www.frissonstv.com/sabonner