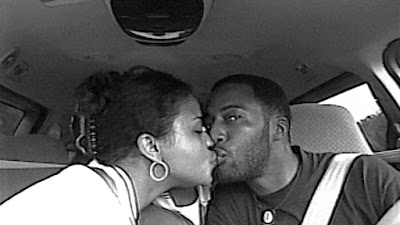 Twenty one years ago Fox Rich dropped her husband off to commit a robbery. He was caught and sentenced to 60 years with out the possibility of parole. Over the next to plus decades Fox fought to get him released.

This is a really good documentary. Blending footage shot by Fox for her husband documenting her and their children's lives, with new material directo Garrett Bradley has fashioned an amazing film. A lovely and loving portrait of one woman and her struggle to free the person she loves this is a film that will move you on many different levels.

What I love about the film is that it brings home the problems with sentencing  people to insanely long terms.  We see the cost levied by those terms on people who had nothing to do with the crime. Should this family be forced to have a to survive with out it's patriarch for six decades? No. Its a sobering and humanizing story.

Best of all this film that hung with me. Days after seeing the film it is still haunting me.