URSULA VON RYDINGSVARD: INTO HER OWN (2020) hits VOD today 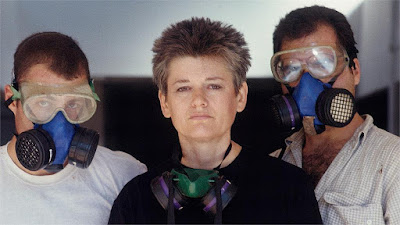 This hour long portrait of the artist and her work is a stunner. I wasn't really interested in yet another artist doc but this film really knocked my socks off.

While the film hits all of the expected biographical notes (born in Germany to parents who were forced to work for the Nazis, displaced person camps and eventual move to America, ect...) the film scores in one big way and that is its ability to make Ursula's work a physical presence. Frequently focusing on not only the various pieces of work as well as their creation (we get to hear from her assistants who explain what they do) we get a very real sense of the pieces of art. The sculptures are not objects we see completed but we get up close and personal to them as they are being made. It's do in or face that we can small the cut wood and feel the sculptured lumber. It's an almost unreal that the film manages to create make us come out of the film as if we had been touching them all along.

This is a magnificent film that is a must for any art lover worth their salt.

URSULA VON RYDINGSVARD: INTO HER OWN hits VOD today