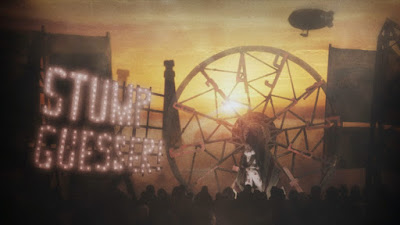 The latest Guy Maddin film is a collaboration with Evan Johnson and Gaen Johnson and concerns a carnival guesser who has things go sideways. Its a strange Massin movie that is strange out there and more than a little disturbing (Disprove heredity and marry my sister). If you're a Maddin fan you are going to eat this up. 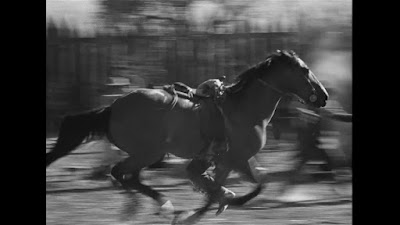 Two part film is a mixed bag. The first half of the film is a collection of clips from Raoul Walsh films connected by various themes such as getting on a horse. The second part is an essay about  film professor trying to remember information for a lecture.

Mixed bag film has an over long first half  that tempers our reaction to the second. Because the endless clips of the first half has us searching for some sort of connection and point (I'm not sure there really is despite being told there is) it takes a little bit for us to fall into the second's intriguing tale. Watching the second spin out I was intrigued by the seeming shaggy dog tale that links up memory, numbers and how we connect up things that aren't always meant to be connected.