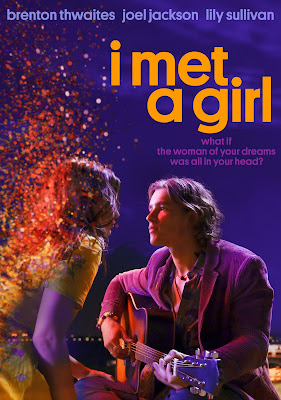 Devon a schizophrenic musician chasing the girl of his dreams across Australia. As his family worries, fearing that the girl is just one of his hallucinations, Devon keeps meeting and losing the girl.

How deeply you fall in love with the film will depend upon how you react to Devon. He can be a bit overbearing. My feelings for him bounced between really rooting for him and wanting to smack him. I would let it go, as I did with a similarly plotted film I caught earlier this year, except that the manic nature is used a little too much for laughs so it seems to be overdone. It’s not fatal but it kept what could have been a great film just a good one

Reservations aside I liked the film and if you want a sweet romance give it a shot
Posted by Steve Kopian at September 09, 2020