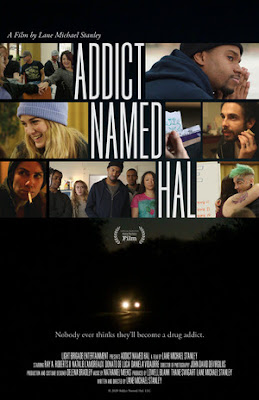 ADDICT NAMED HAL is a very good drama. This is the story of Amy, a 21 year old woman who reluctantly goes into a rehab facility for alcohol abuse. She doesn’t think she has a problem, she is 21 after all and people her age drink and party. However as her mother reminds her, they may drink, but most aren’t getting so loaded that they are crashing car after car.  Falling in with the people  living in the house she begins to find herself with a second family and she finds herself getting close to the titled how.

Good performances and a solid script highlight a small gem of a film. ADDICT NAME HAL is the sort of films that make me happy about doing Unseen Films, specifically a film I have little interest in going in (I’m watching it simply because in a weak moment I said yes) however on the back end I come out wiping tears from my eyes (I’m not crying) , feeling moved and wanting to spread the word on a little film that people should see.

While I could quibble about some small things, ultimately it doesn’t matter since one it gets going ADDICT NAMED HAL will move you.