Nightcap 4/25/21 If you love movies watch whatever you want and ignore the essentials, more festivals this week and stuff 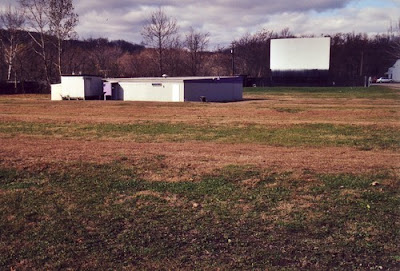 With the world turning to watch the Oscars and the vast majority of Americans probably ignoring them since the covid crisis has made them largely unaware of the nominees, I’m going to take a few minutes and just remind everyone, that if you love movies, ignore the must see lists and the awards and just follow your heart. You’ll find much more interesting things by following your nose then going up and down some pundit’s list of must see films.

I say this as a life long movie fan who keeps discovering that the films I love and treasure most are the films that are not on anyone’s must see before you die list. Okay, perhaps 7 SAMURAI is, but most of the other films that taught me about what film is and can be, are the off the beaten path stuff.  This doesn’t mean that INHERIT THE WIND is not a film I hold close to me, it just means that the delights are really elsewhere.

What the must see lists are really are the makers showing off. These are the films that this person knows and has been told are the films we should be seeing. I mean unless you are a snooty cinephile are you really going to put on CITIZEN KANE for enjoyment?  "Come on honey lets get some popcorn and pop in Charles Foster Kane."  I’ve never heard of anyone truly saying that it was their favorite film. I’ve heard it called great because of what it does and how it influenced people, but by the same token my high school science text book was great because it taught me about chemical reactions but I wouldn't want to actually read them.

Frankly, must see lists are really dull. They are always  filled with the same pre-chosen films which more often than not are not as great as the pundits make them out to be.  How many times do you need to see the same films rehashed over and over again? I scan the lists and just shrug. The lists are intellectual exercises that are largely emotionless and uncreative.

What I much prefer are lists that are like “Ten great films you may not have heard of” I like those sort of lists because not only do they highlight films that deserve to be seen, but there is more creativity in them. They are more times than not made by people who really know their subject and are trying to spread the wealth beyond the same old same old.  The last two years around Halloween I made lists of horror films you probably never heard. I did so because Ted Geoghegan had made a comment about people always picking the same old horror films. I knew what he was talking about so I made up some lists.

The truth of the matter is that I have learned more about film and life watching the smaller films and steering away  from the big Hollywood stuff. The big films or the ones that repeat on all the lists are either painfully safe or have been stolen from so many times so as to be unremarkable. On the other hand most small films tend to do somethings different. They have flashes of creativity that you don’t see in the big films because the filmmakers haven’t been crushed by the studios or are maverick enough to want to try something new to get noticed.  There are so many jagged small scare horror films I love over the big budget show pieces like FRIDAY THE 13TH  or SAW

The truth is that in the case of something like the Oscars you’re just getting what was chosen because the PR people sold it. More times than not the best picture always feels like it should have been something else.  Actually what is really interesting is going over a list of films released each year and then comparing it to the Oscar nominees and winners. More times than not you’ll find a whole raft of now classic films that were deemed not worthy of consideration or the statue in the day.

All awards are the best of the collection of films that everyone has seen. The lists of the 50 Films You Must See are just a version of that

As I have just stated the best films- the ones you want to see are the films out of the pool that everyone is swimming in because those are the films that people are cherishing.

THERE ARE FILM FESTIVALS THIS WEEK!!!!!!!!
The excellent Hot Docs begins at the end of the week and we will be running some coverage of a few of the films. The reviews will run when the embargoes lift.
Also running this week is MOMA and Film at Lincoln Centers New Directors New Films. As it stands right now we will be running at least a dozen reviews.
I am hoping to have a curtain raiser closer to the start of the festival. I am still working on it , having paused the writing to go on vacation.
---
Related to my vacation look for a report this week on the Riverside Drive-in Spring edition of their monster Mania fest. Once more my brother and myself ran off to Vandergrift Pa for the cinematic goodness. Additionally we’ll have made stops at the Monroeville Mall filming location of Dawn of the Dead as well as other George Romero filming sites.
Posted by Steve Kopian at April 25, 2021