This week word on some of the magazines I have been mainlining over the last year. Yes I posted on some over the last few months (Drive-In Asylum, Grindhouse Purgatory, Monster Maniacs, Shock Cinema) but there have been others as well

However before I dive into the magazine I wat to give a shout out to Peter Gong at Phoenix Comics in Hicksville New York. Since I discovered his store I have been back about  once a week to check out comics (mostly manga) and movie magazines. I've been tying a bunch of different titles to see what I want to keep reading and Peter has endless suggestions.

Actually the real reason I've been going back is to just to talk to Peter because he seems to know something about everything. Yes, we've talked comics, but also movies and lots of other things. What  love is that Peter truly cares. He not only  helps you find what you want but as I said above, he gives great suggestions

If you are on Long Island, or elsewhere close by it's worth a trip in to see the store. Just be warned it is jam packed with stuff  piled everywhere so odds are you are going to find something to lighten your wallet. 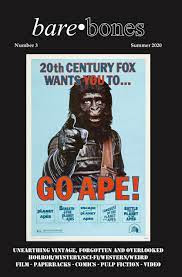 BARE BONES
A long dormant digest/magazine restarted last year and has been improving with each issue. Focusing on pulp novels, magazines, film and comics the issues are filled to the brim with all sorts of stuff.  Issue three had a killer article on the original Planet of the Apes series with a focused discussion on how all the films took material from the original novel. Issue four had  a look at KONGA, GORGO and REPTILCUS in film, novels and comics. The current issue has a killer look at the Whistler film series. The articles are becoming more interesting with each appearance. 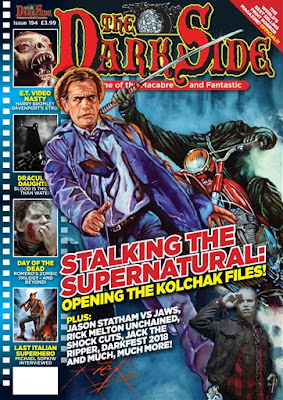 DARK SIDE
British magazine that has some great articles with lots of cool pictures. While some pieces are not as well written as others there is always something of interest. A recent issues look at Peter Cushing in the Hammer Frankenstein films was magnificent. 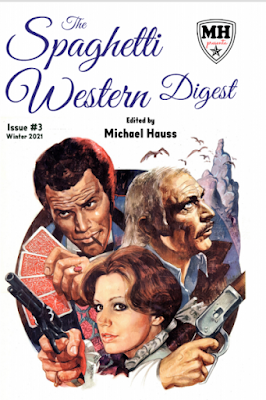 THE SPAGHETTI WESTERN DIGEST
Michael Haus' ever growing collection of articles, art and interviews on Euro Westerns.  I  have been using it as a kind of palate cleanse to balance out all the horror and mystery material I've been reading. Growing in size with each issues, the current issue three is 336 pages, there is always something to delight. If you are a fan of Euro Westerns this is a must. (The current issue has a very long list of announced westerns that never happened and is guaranteed to make you ponder what if...) 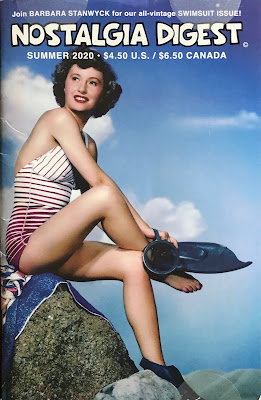 NOSTALGIA DIGEST
Decades old magazine started out exclusively on old radio but it has broadened it's coverage. Published quarterly, nominally, to tie into  the old time radio  revival series that spawned it (they tell you what is playing each week) the magazine has killer articles on films, sports, daily life and the stars of long ago. I've been reading it for years, and frankly the magazine has been in a golden age with fantastic articles  in every issue. 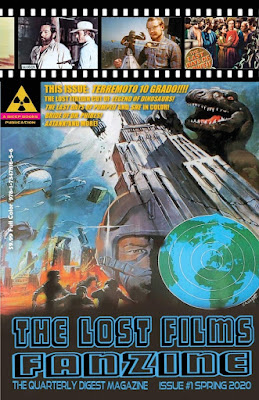 LOST FILM FANZINE
John LeMay who has been turning out book length looks at things like unmade kaiju  or classic horror films turned the covid quarantine into an excuse to make a magazine that high lights lost and unmade films. Only slightly covering the material in his books the quarterly issues give us lots to ponder. My only gripe is he loves to have multiple covers for each issue 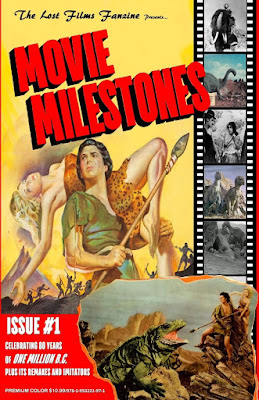 LOST FILMS FANZINE PRESENTS MOVIE MILESTONES
John LeMay is at it again with a zine that specializes in looking at one subject. They've done the influence of One Million BC in one issue and Japanese Disaster films in another. It's great stuff. 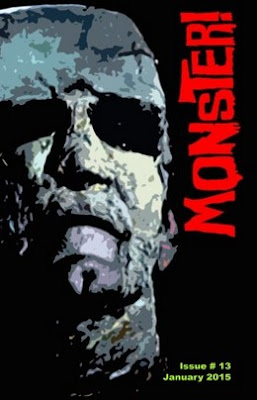 MONSTER!
Sister magazine to Weng's Chop this is a digest size magazine that focuses on monsters in the movies. A mix of articles and reviews  this is everything you ever wanted to know about every horror film ever made. Even schlock direct to video films get love and detailed discussion. If you a horror fan the magazine is a vital reference since I don't know where you are going to find some of this material anywhere else. Their issues long look at the Ramsay House of Horror  for example is eye opening.  A must 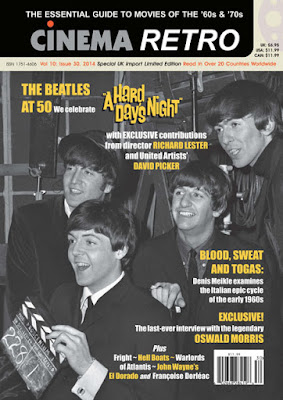 CINEMA RETRO
Killer British film magazine is magnificent. When they cover a film they cover a film. I read a few issues years ago, however I recently picked up a copy of their special issues on Road Show Films of the 1960s and fell in love with them all over again. I ended up picking up some of their cheaper back issues because they are so good. How good are they? Their back issues, especially the special issues, can cost a small mint. 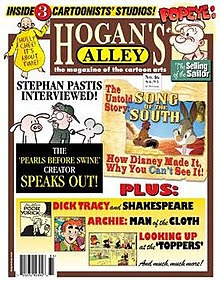 HOGAN'S ALLEY
Technically I haven't started on the magazine yet, but I did just pick up the entire run to date as a warehouse find  despite having several issues in the middle of the run. HOGAN's is a kick ass look at cartoons and comics over the last century and a half. Each issue is full of articles and interviews that tach you things you never knew before.  Its one of the best magazines I've ever read. I only stopped reading it because I stopped seeing it at the local Barnes and Noble.
---
THERE ARE FILM FESTIVALS THIS WEEK!!!!!!!!
Focus on French Cinema starts Tuesday and runs for over a week it is a survey of some great films, each one running for one day.
The awesome Cabane à Sang runs next weekend, one day on line and one day in person in Quebec. I highly recommend it for all lovers of horror and crazy films.
---
A couple of notes regarding housekeeping:
If you should read Unseen and then find that a review disappears only to reappear a few weeks later it's not me, blame the powers that be.at the distributors. I've had a couple of films get switched around when I was asked by the people I was dealing with why I posted early.  I understand covid is shifting everything around but I'm tired of getting caught in the middle. It just happened again when I was asked if I wanted to do something for a press day that was a week after the release I had been given. It was only when I inquired that I was told of the new date.
If you are one of the people who sees the notifications of what is going up  here at Unseen on Twitter then you'll want to know that Thursday through sometime on Monday I will not be tweeting (actually I also will not be answering emails either) because I'm going on vacation. I'm heading to Vandergift PA and the Riverside Drive in for their April Ghoul's Super Monster-ama (Details here). I  am going off the grid and only taking my 3G stupid phone, a camera and clothes. I need not to be able to tinker with things I need to let go. A report will follow. I expect to watch the Oscars in the hotel room. Reviews will be posted the whole time.
Posted by Steve Kopian at April 18, 2021