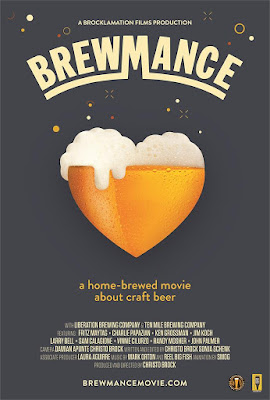 Opening with Jim Koch, founder of Sam Adams,  talking about making beer with his dad before it was legal to do so Brewmance then shoots into high gear as we meet brewers and beer fans across the country who discuss their love of the golden liquid. It is a breezy up beat tale that is certain to delight.

I really can’t say much beyond that. The reason being is I don’t drink so my ability to know how complete the film is as a source of information is limited. On the other hand even as a non-drinker the film made me want to go out and try some of the beers shown.