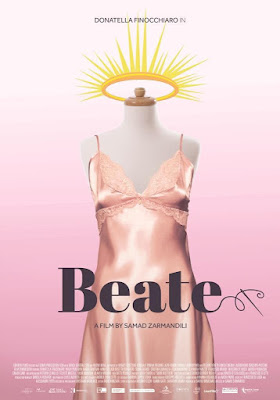 Based on a couple of true stories BEATE is the story of a group of women who make women’s undergarments who get fired. They end up hooking up with a bunch of nuns who do fine embroidery and who need cash to keep the convent open.
Sweet little film is a nice mix of serious and silly. It’s a lovely film that doesn’t follow the expected path. Yes it comes to the expected conclusion, the film after all is being billed as a modern fairy tale but how it gets there isn’t as straight as you might expect. I smiled my way through the film which is not something I can say about a lot of films these days.
Recommended.
Posted by Steve Kopian at April 13, 2021