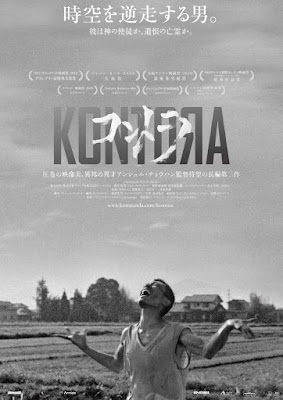 After her grandfather dies a young girl is sent on a quest to find a hidden treasure in the nearby woods. At the same time she tries to reconnect with her fractured family and to make sense of the strange man who only travels backward.

This is a good, is a bit over long (it runs just shy of two and a half hours) coming of age/ fractured family drama.  It is a film that manages to create some very real moments despite  some odd  moments and the weird backwards walking man. It is a satisfying blend of real and magically real

I suspect that one of the reasons the film works, and manages to stay out of cliched territory is the fact the film was largely improvised by the cast of on-actors and theater people. Not being paid storytellers allowed them to move freely with in the framework they were given.

Worth a look for anyone who doesn't want a stereotypical drama.