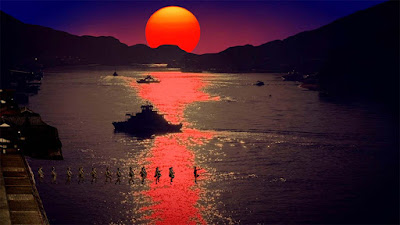 LABYINTH OF CINEMA is a film that only Obayashi could have made. Wild and crazy but with a very serious point, the film forces us to ponder the natures of war and cinema as well as our own existence.