Cinematic Sleepers- films to put you to sleep 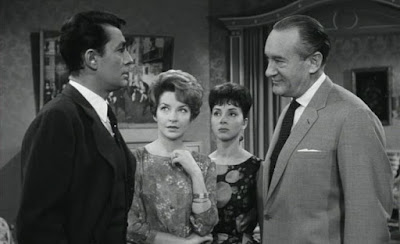 RENDEZVOUS (1961)
The daughter of a rich magnate is killed and everyone ponders who did it. More soap opera than murder mystery this look at the rich and miserable rambles all over the place. I've tried to watch this film numerous times from the start and fell asleep somewhere about the half hour mark each time. I finally made it through by watching it in bit and piece. Despite the film having George Sanders the film really isn't much. 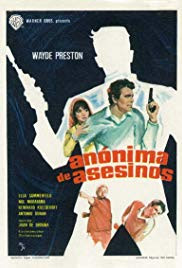 MAN ON THE SPYING TRAPEZE
Made during the mid-60's spy craze this film about a secret agent going to Lebanon to track down some microfilm has a great deal going on and is completely uninteresting. While  the film isn't bad, its actually rather competently put together, Wayde Preston has no screen presence...and the script doesn't do anything exciting. I watched it because I put it on but somewhere along the way I zoned out waiting for something- anything really exciting to pull me in. Largely its a whole bunch of cliches with nothing to hang them on 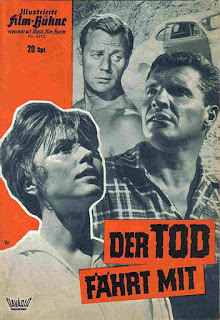 JOURNEY INTO NOWHERE
Financially strapped couple agrees to insurance fraud and it leads to tragedy. Okay drama doesn’t really do much beyond what is minimally required with the result that you kind of watch it and kind of wish there was newspaper around to read while it was on.
Posted by Steve Kopian at May 18, 2019