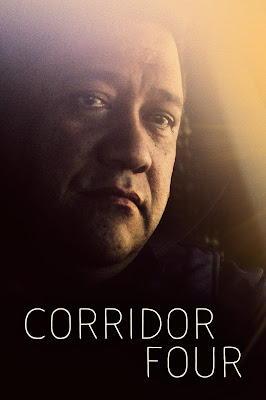 Corridor Four is the story of Isaac Ho’opi’i who was at the Pentagon on 9/11. Ho’opi’i survived the attack and then spent the hours afterward trying to rescue anyone who was trapped, despite being warned that the air quality was bad and he should get out. He did so because the firefighters and first responders were having trouble hearing the cries for help because of the breathing apparatus. The film highlights his life and his efforts to come to terms with what happened as well as help the other rescuers who were there as well.

A good film about how one man is still dealing with a national tragedy, the film is an important one because while so much has been produced on the New York portion of the attack as well as Flight 93 which crashed in a field in Pennsylvania, there hasn’t been much on the attack on the Pentagon. Corridor Four corrects that and gives us a glimpse into what happened and how those in Washington dealt with what happened. It also gives us an insight as how the effects on that Tuesday in September still effects the lives of the people who were there.

Having seen more than my share of 9/11 docs I found the low key nature of the film slightly disconcerting and refreshing. So many 9/11 films deal with the darkness so the films turn to the light felt slight odd. On the other hand I am so weary of dark films about that day in 2001 that any film that shows that there is life and hope is more than welcome.

Corridor Four is currently out on VOD. The film can be  seen on PBS the following markets