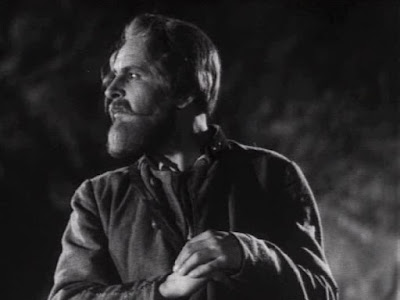 This Soviet produced version of the Jules Verne story has been released by Sinister Cinema without subtitles. Don’t let that stop you since if you’ve seen the Ray Harryhausen version then you’ll be able to follow the plot.

The film tells the story of some American soldiers who escape on a balloon in a storm and end up on the title location. Struggling to survive they are helped by a mysterious benefactor who turns out to be Captain Nemo.

Good looking and reasonably faithful adaption is delight. While I have no idea how the dialog is, I don’t speak Russian, the motion of the plot follows the original story pretty closely. I was hooked and I had no trouble following along. It’s so well done at times I have to wonder if the film found it’s way to Hollywood since some of it appears to have influenced films like Disney’s 20,000 Leagues Under the Sea, the 1961 remake and other films.

If you want to see a good film that is genuinely off the beaten track and don’t mind not having an English translation give this film a shot
Posted by Steve Kopian at May 22, 2019