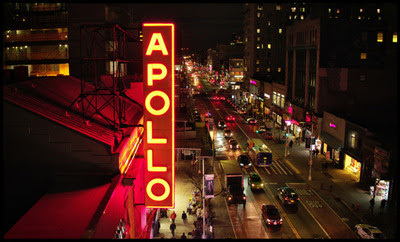 HBO's portrait of the famed theater is a disappoint. The Harlem location has such a storied history that it should have been at least twice its length.  It might have worked better had it been better edited but as it stands now it spends too much time to have much of an impact.

To be honest as unhappy a I am with the film as a whole I appreciate the parts, and the collection of music and stories divorced from their frame work are killer.Getting to hear the great stories and see o many legends perform is just magic.

Despite my reservations  THE APOLLO is worth a look when HBO runs the film.
Posted by Steve Kopian at May 03, 2019