This year I've let the other writers do much of the heavy lifting of writing up the films of  Tribeca that screened pre-fest. However there were some I felt I needed to do a little something for.

Ask Dr Ruth
Glorious and surprisingly moving portrait of the celebrity sex therapist that covers her whole life in her own words. If you've ever wanted to know about the great woman this is it. On top of that this is a truly great film, one of the best of 2019.  If you want to know how good it is consider the film got a room full of normally unreactive critics to applaud when it was done. 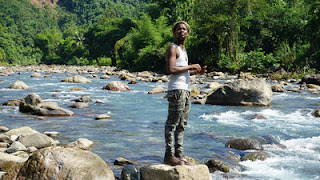 Inna Da Yard
The story of a group of reggae legends who got together to record an acoustic album in and a round a house on a mountain in Jamaica. A combination  making of the album, concert film and biography of the performers, the film is a solid look at the history of reggae and some of the people who created it. While filled with great stories the film truly soars when the music kicks in. Its so good I had to track down the album. Recommended. 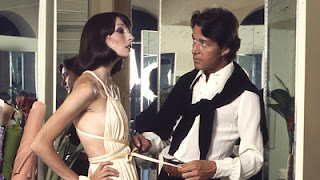 Halston
Good but not great portrait of the designer told though interviews and a trove of video.  While starts intriguingly with the narrator telling his story while erasing the video, the film doesn't do much with the conceit instead going for a typical telling of the an's life. Alternately too detailed and not detailed enough the pacing is off with the result it feels like its twice as long as the 110 minute run time. Worth a look for those interested, but nothing you must see....
Posted by Steve Kopian at May 06, 2019