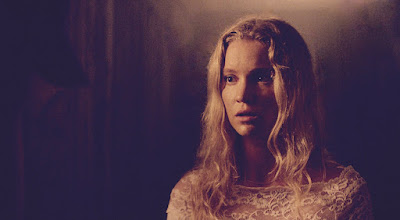 I need to see #LIKE again. That is not a bad thing but a good thing. It’s is a film that has haunted the edges of my mind since I saw it and grown in stature since I first saw it.

The film concerns Rosie who is still mourning the passing of her sister Amelia. A year earlier she took her own life- having been bullied to the point of death. Unfortunately Rosie discovers the evil person behind her sister’s death has resurfaced and she is not going to just let them do it to the next person.

What is nominally a thriller is in reality something more. A mediation on our on line lives, revenge, and a whole bunch of other things. It’s a film that you watch and enjoy- and then you can quite shake. I watched the film figuring it was going to take a certain path and it did for a bit until it didn’t (and no I am not going to tell you what happens, you’ll have to see it) and it was the little twists and turns that hung with me. Not because of what they did with the plot but because they raised all sorts of interesting threads such as how do we handle the results of our actions.

I really like the film, but at the same time I’m not certain what I fully think of the film. Please don’t take that to mean it’s a bad film. Take that to mean that this is one of those films where I am cursing having a short turnaround time. Ideally I would like to sit with the film for a week or two and then see the film a second time to see how I feel about it. Films like this, the one’s you can’t shake are the films that I search out since it means that it is more than the typical Hollywood fodder. You know the one’s that you watch, instantly forget and then want something else.

Go see #LIKE. It is playing this weekend at the Brooklyn Film Festival(tickets here) and then it will move out from there. I will not promise you that it is going to be the best film you see, hell I’m still working out my thoughts, but I will promise you that you will walk out feeling that you’ve seen something more than your run of the mill thriller.

For tickets and more information go here.
Posted by Steve Kopian at May 30, 2019