None But The Lonely Spy 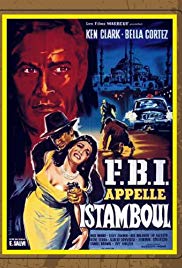 Wonderful change of pace film as a notorious spy without a country and specialist at getting information no one else can being tracked by various organizations who want his latest bit. We watch as the in the information is moved to it's end point and people's lives are disrupted as a result.

Brooding kind of existential spy film has a great deal going on plot wise while thematically it is trying to say something more. This is most definitely a 1960's post LeCarre spy film, which seeks to show the cost of all of the secret agent crap with the information at the center being noting but a McGuffin to move everyone around. It doesn't matter what it is only tat it causes everyone to react badly in order to get it.

If you are a fan of films like THE SPY WHO CAME IN FROM THE COLD or THE DIRTY GAME  then this is a film for you.

Recommended
Posted by Steve Kopian at May 26, 2019