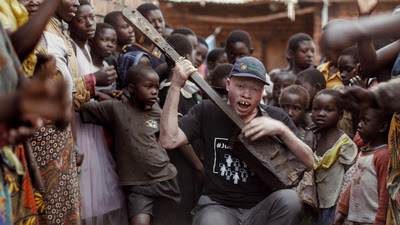 Portrait of street musician Lazarus Chigwandali as makes his first album. It also focuses on the problems and dangers of being a person with albinism, which in some parts of Africa makes him a target for people who want to kill  him or cut off pats of his body to be used in witchcraft.

This is a great film. Charting not just Lazarus' tale but also the larger struggle to keep those with albinism safe. By showing the battle to change society the film transcends the notion of being portrait of an artist but something more.