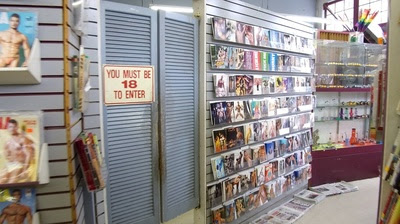 CIRCUS OF BOOKS is a great deal of fun. The story of a family which owner a well-loved San Francisco gay adult book stores, it is a portrait of a bunch of charming people who quietly changed the lives of the people around them.

The film is a love letter from director Rachel Mason to her parents. Interviewing her parents, her brothers and many of the people they worked with the film reveals itself to be look at the lives of a couple who cared about their employees and their customers and were ultimately just regular people who were trying to earn a living.

And the film reveals that they were unintentional crusaders for the first amendment when they were charged with Federal crimes during the first Bush administration. They were also unintentional witnesses to the AIDS epidemic. The degree to which they cared for their employees who were diagnosed was not normal, with the couple allowing their employees to work until they couldn’t, visiting them in the hospital and trying let their families know that their children were sick. Many times the families hung up on them, but they tried anyway because they didn’t want them to die alone.

But this is not a sad film, but a joyous one. It is good times with good people. It will make you want to find the Masons and give them a hug.