MURDER AT THE METRO 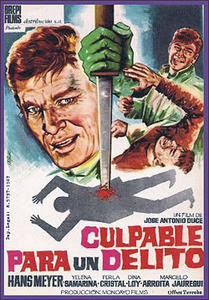 Down on his luck boxer is called by a friend to meet him at a train- where his friend is killed in front of him and everyone around him thinks he did it. On the run boxer has to find out who done it.

Jazz fueled existential murder mystery has some great moody black and white photography with style to burn.  While  it can be a little draggy as our hero plods around the film still manages to maintain suspense and our interest as we genuinely want to know what happens next.

This is a small gem of a film that is wrongly under the radar.

It is available from Sinister Cinema
Posted by Steve Kopian at May 21, 2019