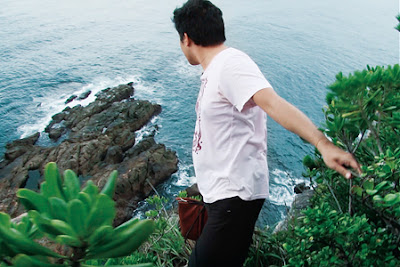 A STEP FORWARD is one of the must sees at this year’s Japan Cuts. A moving portrait of Yoichi Fujiyabu who runs a suicide help line in the Wakayama prefecture . The town is the location of cliff that is a magnet for people looking to end their lives. The film follows Fujiyabu as he attempts to save the lives of people who feel they are beyond help. Giving them a place to stay, a job and a sense of community he tries to bring them back from edge.

I really don’t know what to say beyond go see this film. A film full of life and humanity, it beautifully shows us how one man is trying to make a difference. I was misty all through the film. It is a film that makes a perfect companion piece to the similar THE DEPARTURE from two years ago about a monk who did a similar thing.

For ticket and more information go here
Posted by Steve Kopian at July 18, 2019