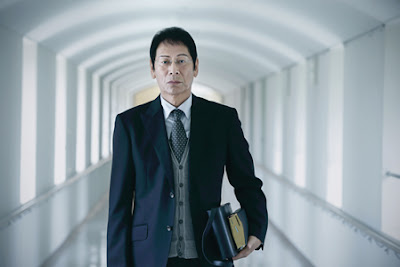 There’s a wonderful moment in Dai Sako’s The Chaplain where the titular prison chaplain Saeki is asked an unexpected question by one of the Death Row prisoners he makes a career ministering to. They ask if God—or “Kami-sama” in Japanese—would be angry at them for “dabbling in other religions.” It’s a simple question that nonetheless pierces to the heart of Japanese religious experience.

For millennia Japan has been happily syncretistic, picking and choosing bits and pieces of Confucianism, Buddhism, and their own native Shinto wherever it suits them best. (For example, the Japanese traditionally celebrate births with Shinto ceremonies and deaths with Buddhist funerals.) The arrival of Christianity in the sixteenth century introduced their religiously pluralistic society to the new and uncomfortable concept of monotheism wherein only one religion was right and the veneration of other faiths was blasphemous. Skip a few hundred years into the future and now a chaplain, ministering to a prisoner whose life will end in a few days, is confronted with this uneasy contradiction. But Saeki smiles and answers: “People go to shrines, chant sutras, celebrate Christmas, right? He’d have to be mad at everyone.”

This year’s JAPAN CUTS festival has featured some truly intriguing explorations of Japanese Christianity, from Hiroshi Okuyama’s frustrated Jesus to Atsushi Kasezawa’s A Step Forward. But both do little to examine Christian theology within a Japanese context, the former focusing on a boyish misunderstanding of the faith and the latter on societal praxis, almost entirely ignoring what its piously devout subjects actually believe.

Not so for The Chaplain, a reserved yet powerful chamber drama comprised almost entirely of conversations between Saeki and Death Row prisoners. Each confronts him with a different theological conundrum: Mr. Takamiya, a serial killer of seventeen mentally handicapped victims, accuses Christianity of being a numbers racket concerned only with gaining converts; Mr. Shoichi, an elderly, illiterate recent convert asks what good his faith is if it won’t bring his victims back to life; Ms. Noguchi, an award-winning beautician who took a fall for her criminal friends, asks why she should care about Kami-sama if it won’t help her get out of prison. Sako gives Saeki and Christianity no wiggle room with these philosophical attacks, yet miraculously they emerge intact. And how? By embracing the same darkness, doubt, and uncertainty so many other lesser religious films twist themselves into pretzels to avoid.