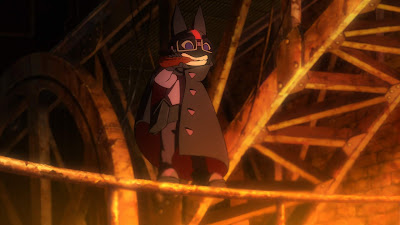 A slacker girl goes to visit her crazy aunt who runs an antique shop discovers that she may be the Goddess of the Green Wind, destined to save an alternate reality after her hand perfectly matches a palm print in the store.

Based on Sachiko Kashiwaba's 1988 children's book Strange Journey From the Basement, THE WONDERLAND (or as the title on the print I saw said THE BIRTHDAY WONDERLAND) is a gloriously wonderful adventure. Full of incredible sights and sounds this is a film that will delight the inner child in all of us. There are just so many cool things here that I could spend this whole review waxing poetic about them all. I' not going to do that but instead say that I spent much of this film murmuring "oh that's so cool" over and over again. 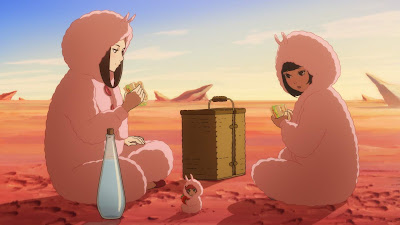 While the film suffers from having the basic person drawn into a quest in a magic world plot line for a spine, the skeleton and details that flesh out the story lift the film up from something we might of thought we've seen before, into something we want to see again and again.

This film is a stunner and proof positive that Fantasia is one of the best places to see animated films from across the globe. 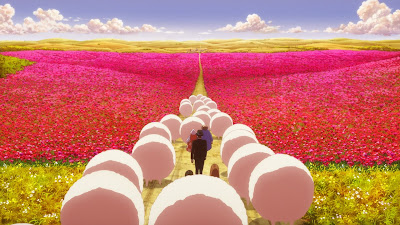