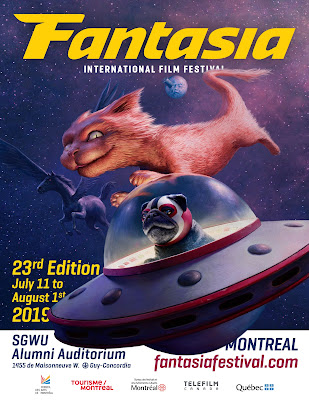 One of the greatest film fests in the world Fantasia opens Thursday in Montreal. The festival is a glorious celebration of the best and weirdest genre films around the world and as a result it is the place to see the films that will be dominating the conversation for the next year. If you aren’t going to the fest you need to monitor the press coming out of the fest in order to know what will be coming to a theater or TV screen near you very soon.

I love this festival to death since it has more cool films in one place that it is impossible to see the all. I've been waxing poetic about the festival ever since I started to cover it and I don't know what else I can add to everything I've said over the years other than the words of Hunter S Thompson- Buy a ticket and take the ride.

As we have done for the past half-decade Unseen Films will be throwing mountains of coverage your way. You are going to be up to your eyeballs with film reviews and reports from  the ground thanks to a carefully timed vacation to Montreal Joe Bendel who will be filling us in from the trenches. It is going to be crazy.

While I am not going to give you a straight up list of must see films I am going to give you word on 32 films we’ve seen previously. In some cases reviews of the films have run as part of our current and ongoing coverage of the New York Asian Film Festival and Japan cuts here in New York. In other cases I’m listing the films I’m going to be posting the reviews we ran in connection to other festivals. A few others I’m just linking to capsule reviews that ran previously. Basically we've seen a full festival's worth a films before we even start to cover the films we're seeing at the festival. 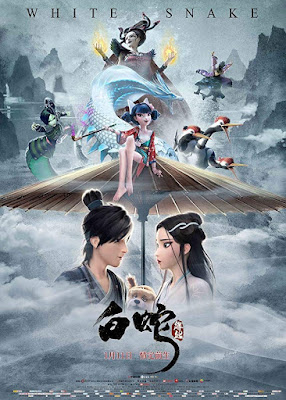 Here are a list of the films we've covered as part of our ongoing coverage on the New York Asian Film Festival. I've linked to the NYAFF reviews so you can see what we've covered so far. 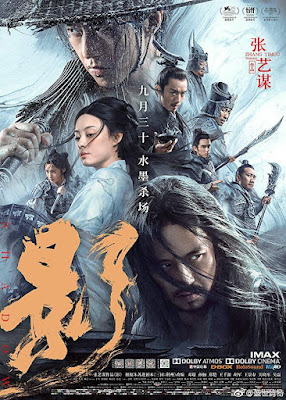 This list is a list of the films whose reviews I'm reposting closer to their Fantasia screenings. If you want to know right now what we thought of the films then do a search of Unseen Films. I'm not going to lie and say we loved them all but almost all of them are worth your time.

COME TO DADDY
THE GANGSTER, THE COP AND THE DEVIL
GIRL IN THE HALLWAY
KNIVES AND SKIN
BOXER'S OMEN
BLISS
HOUSE OF HUMMINGBIRD
THE SLOWS
WHY DON'T YOU JUST DIE
DEPRAVED
WE ARE LITTLE ZOMBIES
SHADOW 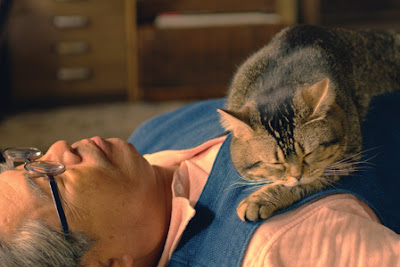 Happening at the same time as Fantasia is the Japan Cuts Festival at the Japan Society in New York. I have seen a number of the films they are screening including three that over lap with Fantasia. Because it's too early to post the reviews for either festival, I do want to say that all three films on the list below are worth your time. And look for the reviews to appear later in the month. 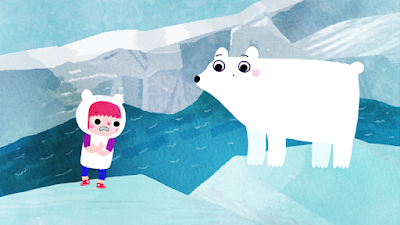 Earlier this year I saw a couple of the shorts that are playing at Fantasia. Because the reviews are so short I am simply going to link to the capsules that ran after I saw the films in March. 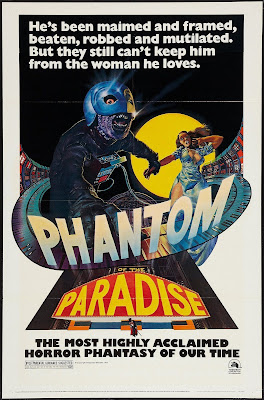 Try as I may I some times lose reviews- or more to the point sometimes the search engine at Unseen Films doesn't always bring up the reviews when I want them. The following films we've seen we've reviewed at Unseen, but I'm having trouble finding the link. To that end here's quick word on five classics that will have reposted reviews when I find them

LIVING DEAD AT MANCHESTER MORGUE (aka Let Sleeping corpse Lie) creepy zombie film about a new means of controlling bugs on farms reanimating the dead.  Its one of the first zombie films to blame mucking with the environment for our destruction.

PHANTOM OF THE PARADISE - Brian DePalma's classic is a must see. A great riff on the Phantom of the Opera that explains what life is all about.

THE CROW - Legendary film is a solid adaption of the classic comic. As to how good or great the film is I'll leave to others and just ponder what might have happened had tragedy not struck when the film was made.

FIRST BLOOD- The film that launched a series and a thousand cliches is actually way better than you suspect. Over shadowed by the films that followed the original film is a tense thriller that rightly made a mint even if it wrongly didn't stick to the novel and kill off Rambo

FULL CONTACT - Ringo Lam directs Chow Yun-Fat, Anthony Wong and Simon Yam in one of the classic genre defining Hong Kong films. The film doesn't really make perfect sense but who cares when the action and thrills are this well done.

(And shhhhhh - if you want a clue about some other films playing at the fest that I shouldn't be talking about until the embargo lifts - try THE ASTRONAUT with Richard Dreyfuss. He's so good he has a great shot at getting into the Oscar Race. Also try THE PREY a riff on MOST DANGEROUS GAME from Cambodia. And then there is THE DEEPER YOU DIG which is just something truly special. I'd say more but the Festival people have long range remote death rays so I can tell you anything else)

Email ThisBlogThis!Share to TwitterShare to FacebookShare to Pinterest
Labels: Fantasia 2019