One of the biggest plot holes in any narrative about secret societies of assassins is that at some point all the lucrative targets will be dead. Who could afford million dollar hits when all the business executives, greedy politicians, and stock brokers lie dead with bullets in their foreheads? At what point does the assassination racket fall prey to the tragedy of the commons? The handlers of “The Fable” (Junichi Okada), Tokyo’s most infamous assassin, must have felt that very anxiety when they ordered him to go into hiding for a year following a particularly gruesome job where he gunned down a small army of international businessmen at a wedding reception. Relocated to Osaka, he was given an assumed identity and ordered to try and live a “normal” life and not kill anyone. This proves no small feat for Fable, as his upbringing was anything but “normal”—when he was just a child his father abandoned him in the woods for a month to toughen him up. From there he was trained into the perfect killer, equipped with a savant’s concentration and a secret agent’s skills. Yet now he must acclimate himself into everyday life, working a mind-numbing 9-to-5 during the day and watching mind-rotting television at night. This too is easier said than done after he’s immediately targeted upon arrival in Osaka by rival assassins and local gangsters. 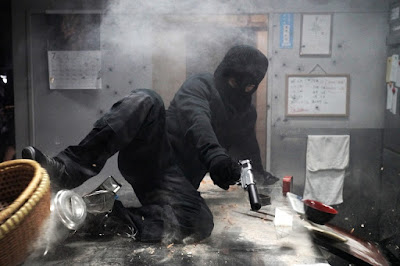 The inherent absurdity of this situation lies at the heart of Kan Eguchi’s The Fable, an adaptation of Katsuhisa Minami’s manga of the same name that tries and only occasionally succeeds in blending oddball comedy with high-octane shoot-em-up action. Eguchi gets a lot of mileage from the ridiculous lengths Fable goes to in order not to kill, such as letting himself get beaten up by two street thugs in such a way that his attackers end up hurting themselves during the fight. The way he hobbles himself while preparing for a climactic shoot-out by arming himself with toy bullets and improperly calibrated guns are equally clever. But much of the rest of the comedy is extremely hit-or-miss. The same can’t be said for the actual action scenes, particularly the opening wedding reception shootout. Emulating John Woo in his prime while maintaining its own kinetic flair and brutality, they’re some of the most viscerally satisfying gun-fights this side of John Wick.

FABLE had played NYAFF earlier in the week. It can next be seen at the Fantasia Fest in Montreal at the end of July 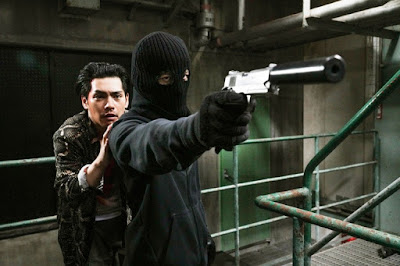