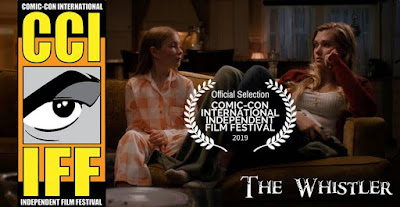 Playing at ComiCon at the end of the week is a small gem of a film called THE WHISTLER. When the film played at the Blood in the Snow Festival last November I wrote the following review:

Fairy tale like story of a girl having to find out what happened to the sister she was babysitting. Solid little fairy tale worth seeing. Another feature worthy tale with incredible visuals.

However if I were to write it now I would add that it is even better and more haunting because now some nine months later I am still pondering the film and still have it rolling around my brain, wondering if the film will end up as a feature, even when other more recent films have faded.

Highly recommended the film is playing at San Diego Comic-Con on Friday July 19th, 2019 at 7:20 pm PT at the Marriott Grand Ballroom 6 at the Marriott Marquis and Marina Hotel on 333 W Harbor Dr, San Diego, CA 92101 with a Q&A panel following so go see it. 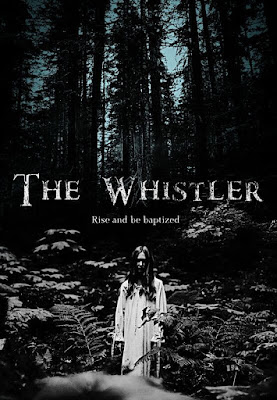