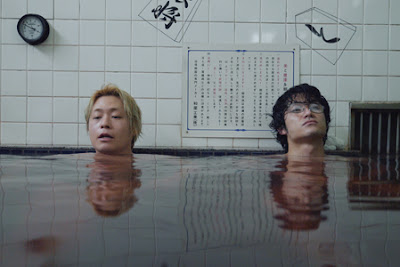 MELANCHOLIC
Deadpan comedy crime drama romance has a slacker getting a job at local bath house, only to stumble upon its use as a yakuza murder house. Instead of saying anything he takes a job of cleaning up after the hits. How you react to this dry comedy will depend upon whether or not you click with its off kilter sense of humor and its characters. I liked the film to a point but I never warmed to the slacker at the center of things. Regardless the film has its moments and is worth a look for those interested. 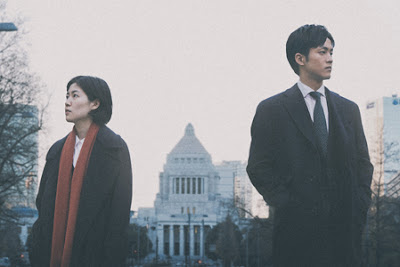 THE JOURNALIST
One of the best films at Japan Cuts is a look at corruption in the Japanese government surrounding a new school. The plot has reporter who is carrying the guilt of her father who was a run out of the journalistic profession and a mid-level official who is on the fast track to great things forming an uneasy alliance in order to get to the bottom of things, which potentially could end both their careers. Playing like one of the great journalistic thrillers of the 70’s and early 80’s, The Journalist grabs us early and sucks us in and drags us along from the opening moments to the final image. While I need to see it again because I think I missed little bits, I want to see it again because it it just so damn good.
Highly recommended.

For tickets and more information go here.
Posted by Steve Kopian at July 25, 2019