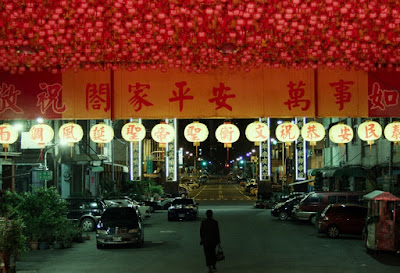 Few directors play with genre as audaciously and consistently as auteur Sabu. For decades he’s crafted some of the oddest, most unclassifiable films to poke their way out of Japanese genre filmmaking, challenging norms and audiences with stories that refuse to fit into boxes. His 2017 film Mr. Long is no exception, deftly skipping from gruesome violence to light-hearted comedy to soul-crushing tragedy.

The film follows Mr. Long, a Taiwanese assassin who finds himself trapped in Japan after a hit gone wrong leaves him stranded with no cash or identification. Wandering through the outskirts of Tokyo, he discovers a young boy and his junkie mother living in a squalid neighborhood. He quickly bonds with the child and draws the attention of their neighbors after they learn that he’s an excellent cook. (Apparently, slicing jugulars aren’t his only knife skills.) The neighborhood bands together and builds him a noodle stand where he serves Taiwanese beef noodles outside a nearby temple with the boy as his assistant. Meanwhile, Long forces the mother to get clean the old fashioned way: tying her up until she rides all the poison out of her system. Crude and pitiless, yes, but considering Long’s bloody pedigree it might be the most compassionate way of helping her he can think of. Soon, the two fall in love and start a new family with the boy. But then Sabu pulls the rug out from under us by revealing that the mother was a former prostitute who ran away from her mafia handlers after getting pregnant from a customer she’d fallen in love with. And that mafia boss whose been hunting her all these years? He’s the same gangster Long failed to hunt down earlier. And wouldn’t you know that right as she starts a new life with Long he finally finds her.

The thing that keeps Mr. Long cohesive as it weaves its way through various tones is an overarching emotional unity of loneliness and sadness that gives way only through the kindness of strangers and the individual’s ability to forgive themselves of their pasts. It keeps us from mentally disassociating as Sabu shifts from ultra-violence where Long stabs and slices his way through literally dozens of goons to gentle comedy as he tries to navigate his new adopted country despite not speaking the language. It’s by keeping the drama human that he keeps it believable. 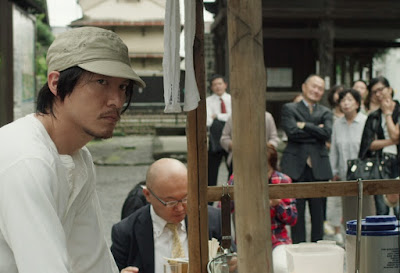