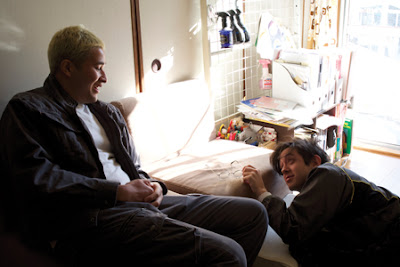 WHOLE
Whole is a good small drama that is barely feature length (it’s only45 minutes long).The film is about the meeting of two biracial Japanese men who talk and try to parse out their place in the world. While nicely self-contained and on point part of me wished this film was a little longer. I loved spending time with these characters and wish I had a little bit more time with them.
Recommended 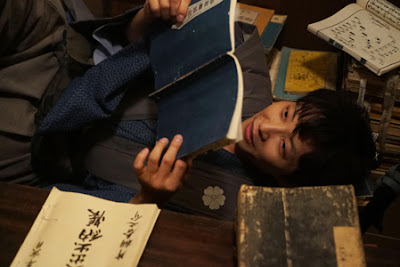 Samurai Shifters
Samurai Shifters made me smile. A modern take on the old feudal idea that the various samurai clans need to be moved around periodically to prevent them from putting down roots and forming a power base, the film follows the story of the guy who is actually put in charge of moving his clan to their new home. Rife with all sorts of dangers he takes on the job and manages to make a go of it, absolutely delighting the audience in the process. High art? Probably not, but damn entertaining which is all we need some time. Highly recommended. 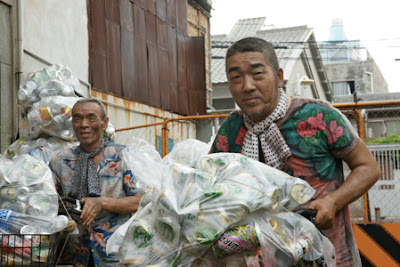 Kamagaski Cauldron
The life in and around the Kamagaski section of Osaka is thrown into a tizzy when a cauldron used for yakuza ceremonies goes missing.

Less raucous comedy then low key human portrait of the various denizens of the neighborhood. A small scale mix of pros and amateurs come together to create an often moving portrait of people living on the edge of society. Deliberately paced and shot more like a documentary (director Leo Sato is a documentarian) this is a one of a kind film. It is a kind of throwback to the inde films of the 70’s and 80’s which breathed and burned with a sense of life and reality big budget productions somehow never captured. A small gem. 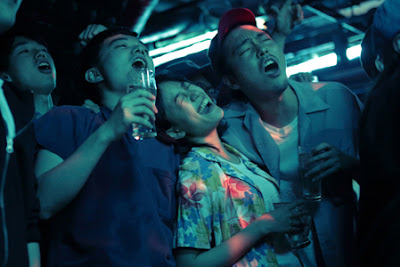 And Your Bird Can Sing
The comings and goings of three friends, two guys and a girl whose relationships shift fracture and reform as less serious romance takes more serious turns. Good, if slightly a little too hip, look at the life and times of twenty somethings trying to fumble their way into the future. Three great lead performances assure that we are invested in their lives even when some of the twists and turns end up being exactly what we expect. Worth a look.
And Your Bird Can Sing will also be screening as part of the Fantasia Festival in Montreal
Posted by Steve Kopian at July 20, 2019