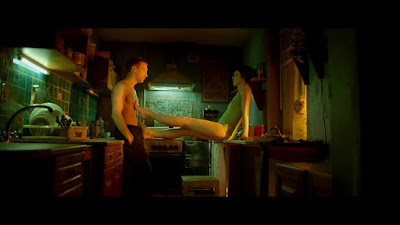 While absolutely not for all tastes WHY DON'T YOU JUST DIE is highly recommended for anyone who likes sick and twisted comedies and doesn't mind the blood.
Posted by Steve Kopian at July 25, 2019