Illuminated: The True Story of the Illuminati (2019) hits VOD and theaters today 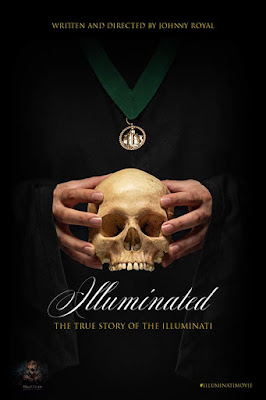 A constantly moving camera can’t hide the fact that this is the sort of thing that the History Channel runs in hour with commercials but stretched to 75 over long minutes. Full of long quiet passages that fill the time between the interviews segments there is a lot of filler. Everything is linked by an almost monotone narration that is delivered in a very deliberate and mannered style with the result is a large amount of disinterest…

…which is a shame since the film does a great service by effectively killing the notion of a grand conspiracy run by the organization. Additionally the interviews lay out a wonderful history of the secret organizations that flourished in the 18th century and whose social connections helped to shape the world as we know it.

While dull and not really recommended in its current form for anyone other than a history buff, should someone recut the film to a more manageable 45 minute run time and redid the narration this would be an excellent primer on a subject everyone knows of but no one knows.
Posted by Steve Kopian at July 30, 2019