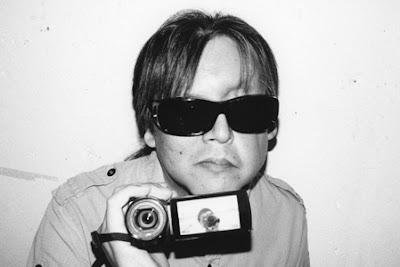 Night Cruising is a one of a kind film. It is probably not for all audiences but it is a film that I find I have to recommend to anyone willing to try it simply because it has gotten me thinking about film, life and how we experience both in ways I never expected.

The feature documentary called Night Cruising is a making of film that also contains the short film Night Cruising as well. The short that is the subject of the feature documentary is one that was made by director Hideyuki Kato who is blind. It is a science fiction film which we first hear (the first twelve minutes of the film is a black screen with just sound effects and dialog) before seeing the completed film at the end. In between we watch as Kato and his team put the film together and bridge the gap between a blind director and a sighted crew.

I’m not going to lie and say Night Cruising is the best of films. While it has truly magical moments (the opening where blind people explain what it is like to watch a movie haunts me) the film sometimes goes on too long. It could probably be trimmed by at least half an hour. It also is a little too straightforward…

…on the other hand the film kicks up all sorts of thoughts that will rattle around in your head for days afterward. First and foremost it will force you to rethink how we experience film and television. While most of us think about how deaf people would experience a film, say needing subtitles, I doubt very few of us consider how a blind person would experience it. I'm guessing most people would say blind people don't watch movies but that isn't true.

Think about it, how does a person experience something that tells a story visually when they can’t see the visuals? It’s not something we think about every day, if ever. Additionally the film shows us the difficulty of how does a blind person direct a film. How does he get across the images he want on a screen when he really doesn’t have a point of reference? How do you explain the sensations to someone who doesn’t share your points of reference?

A couple weeks on I’m still pondering what it all means. I know it has altered what I think of as film or what film does. That the film has engaged me to such a degree kind of took me by surprise. It is so rare that a film hangs with me as long as this one has, and even rarer that it has changed the way I see storytelling and even the world.

Yes, I do recommend the film to anyone who wants to try it. But at the same time, as I said above, it isn’t for everyone. The film has a point and shoot quality to it, which while perfect for covering the events and interviews as they happen, are so lacking in style it becomes kind of bland over almost two and a half hours. Also the film is almost two and a half hours and feels it.

If you want a heady exploration of film and our perception Night Cruising is highly recommended . for anyone else it’s optional.
Posted by Steve Kopian at July 25, 2019