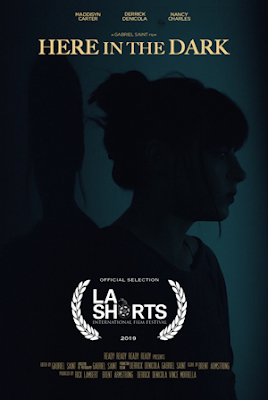 World premiering at LA Shorts Fest HERE IN THE DARK is a short film about a couple that has moved into a new apartment. They got it at a good price, however not long after they move in they are told by a neighbor why they got the price they did, a murder had happened in their home. The knowledge results in --- sleep walking and behaving strangely.

Well made little thriller looks great, is nicely acted but is hurt by a script that paces events too slowly to reach the destination. The problem with the script is that it doesn’t give us enough to chew on so we are distracted from figuring out how it’s going to play out. If you’ve seen a similar story, you know where this is going. This probably would have worked in half the run time but 25 minutes is simply too long. 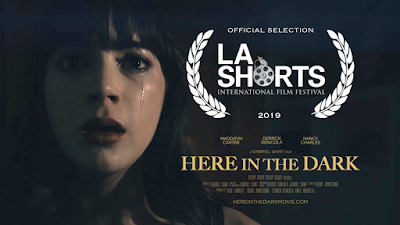