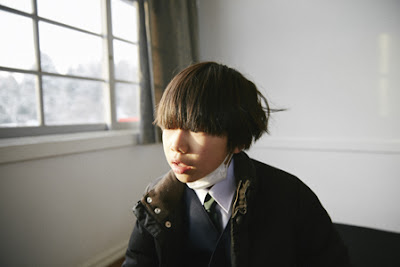 Historically speaking, Japan has always had a, shall we say, tenuous relationship with Christianity. The strange foreign faith of the strange foreign peoples they spent several centuries trying to keep off their islands, Christianity has been at best a bizarre cultural curiosity and at worst a grotesque arm of Western imperialism. Hiroshi Okuyama’s Boku wa Iesu-sama Ga Kirai—literally translated as “I hate Mr. Jesus” but tactfully localized for Western release as Jesus—falls somewhere in the middle.

The film follows Yura Hoshino, a shy fifth grader who moves from Tokyo into the countryside when his family relocates to support their aging grandmother following her husband’s death. The nearest elementary school is a Catholic one run partially by priests whose daily itinerary for students includes bible study and morning worship. Yura initially treats this strange faith with suspicion, but after some warming up he prays to “Iesu-sama” to help him make friends. Immediately—as the anonymous author of Mark’s Gospel might say—a six-inch white-skinned Jesus appears before him and grants his request: he quickly befriends another boy named Kazuma who invites him to play soccer after school. Next Yura asks his pint-sized prophet for some money. And lo, his grandmother discovers her husband’s hidden stash of cash and gives Yura a cut. Iesu-sama becomes his newfound companion and personal wish-fulfilling genie. At least until Kazuma is unexpectedly hit by a car. And dies. And like that, Yura is crushed by the weight of a crisis of faith.

Jesus is an autobiographical film based on an actual incident in Okuyama’s life, but perhaps he told this particular story too soon; at only 22 years old, he’s interested less in philosophical or theological ideas than exploring his own childhood trauma. The film’s a spasm of rage and hurt towards the faith that failed him, but his understanding of Christianity seems not to have matured or deepened any in the decades since his childhood. And that too would be fine if the movie was interesting. But besides the 6-inch white Jesus (played by famous Australian comedian Chad Mullane), the film is almost defiantly blasé, padding out maybe twenty minutes worth of story into an overstretched seventy-six. If Okuyama had made this a short film, it would’ve been devastating. But in trying to make a proper “art film” he demonstrates his own artistic immaturity.