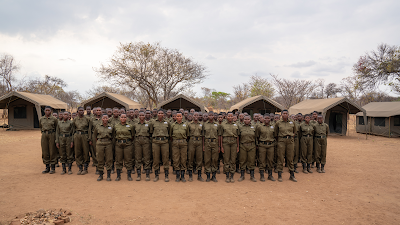 Nat Geo of an all female band of rangers who were formed to help to counter the poaching of elephants.

Good film suffers from two big hurdles: The first is this a subject that really should be a feature, we should get to know the women more than just one key woman. There are bits of stories that need to be more fully explored. Making this a 15 minute film undercuts the women and their task.

The other problem is that this is a film that comes to Tribeca after a decade of similar films playing the festival. This isn't to suggest that there is anything bad, rather out side of the fact that it focuses on women we've seen this before.(That could have been rectified had this been a feature film)

Worth a look in a block of films but not on its own- though lets hope this is turned into the feature it demands to be.
Posted by Steve Kopian at April 17, 2020