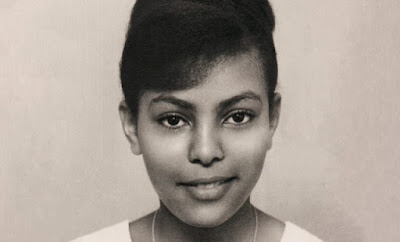 Filmmaker Tamara Mariam Dawit grew up in a family of Ethiopian refugees in Canada.  She knew that her family came from the upper strata of society and that her family had been part of the government of Emperor Haile Selassie when the country was beset by unrest and eventual revolution. While she knew that she still had family in Ethiopia, it wasn't until she was thirty when she realized that there was one aunt no one ever mentioned. She had disappeared back in the 1970's after joining the communist cause and seemed to disappear from the family. Having moved to the country after realizing that it was in her blood she begins to talk to her surviving relatives about the family's history in order to find out what happened to her aunt. Along the way she reveals the history of her country and of that part of Africa.

Solid documentary may confuse or disappoint you if you go in expecting this to be fully focused on finding Selamawit aka Sally because this film is something greater. This is a film that is looking to fill a hole in our understanding of what exactly happened in the 1970's and 80's that changed a whole country and forced so many people to leave. This is also a portrait of a whole family and not just one member.

Full of wonderful people who are great storytellers FINDING SALLY is compelling not because of flashy visuals or some grand mystery (though there is a mystery)  but rather because the ladies who make up the older generation of Dawit's family can tell a great story.  We are hooked because they invite us in and just start talking. They have stories to tell and they are going to do so. And as long as they are talking we are willing to listen.

Sitting in my home watching the film I fell into the film and was carried along. As a result not only did I learn a great deal about the history and politics of Ethiopia, but I watched a mystery get solved in the only way it really could.
This is a lovely little film and recommended