Ariela Rubin on Echoes in the Arctic 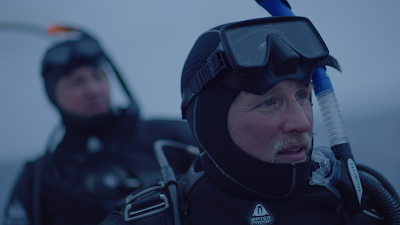 Echoes in the Arctic is a documentary short about filmmakers and biologists who go to Northern Norway to document orcas. There are a few thousand orcas living there, and they are the strongest and healthiest population in the world. There is a huge population of herring which the orcas feed off of that live there. Norway wants to look for oil beneath the ocean. These activists want to be able to protect the whales, to protect nature, so that they can remain there for hundreds of years. There is no other place like it in the world.

The visuals of the orcas (as well as humpback whales) are beautiful. It gave me chills. I loved the scenes where it was just music with the visuals.

I am familiar with the work of both Paul Nicklen and Cristina Mittermeier who are featured in this documentary short. I wasn't aware of this documentary that they made. I definitely recommend checking out both of their Instagrams if you want to see beautiful photos of wildlife and nature.