And the Tribeca 2020 shorts keep coming: LILIU, PIECE OF CAKE, SHIKAAKWA and SOUP 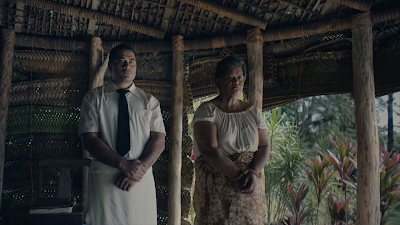 LILIU
In 1920's Samoa the tribal chiefs are brought before a British judge for their crimes and effectively stripped of their power. Liliu is before the court for trying to bury her dead husband on a private piece of property. The translator, broken after a day of working against the prisoners tries to help her.

Wicked colonial nightmare plays out before our eyes. It is all clearly a miscarriage of justice from top to bottom where the local population can never win. Beautifully acted and quietly powerful the film isn't quite as powerful as it could be since the story could use a tad more historic context for those of us who don't fully understand, and it could also use a bit more backstory for the characters.

This is a good film but the story would probably be a great feature. 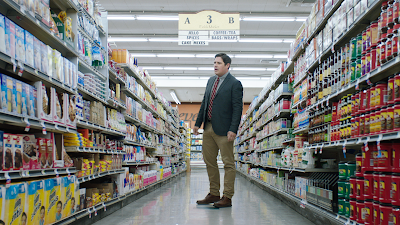 PIECE OF CAKE
A father is tasked with getting silver balls for his daughters birthday cake- the trouble is they are banned in California because they were decorative and people ate them despite being told they shouldn't. A crazy quest to the underground results.

An off kilter shaggy dog tale goes on way too long for an unremarkable payoff. Never mind the stupidity of the central conceit never makes a hell of a lot of sense, this film asks us to believe way too many out there ideas for it ever to work.

One of the misses of the festival. 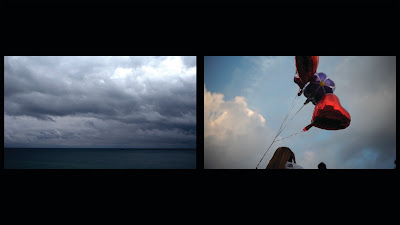 SHIKAAKWA
A split screen film that counterpoints the good things and places in Chicago  with the realities of gun violence.

This is slowly building film that didn't seem to work for me for a chunk of t's run time. Then some time in the second half the film clicked and it turned into a very affecting film that not only moved me but made me ponder what I had just seen. 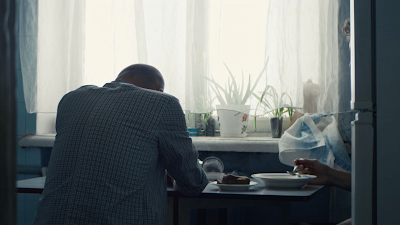 SOUP
Father has his estranged son over for the first time in years and serves him soup. Will the meal heal the rift between them?

Full of emotion and reality (things are not instantly fixed) this is a small gem of a film that has the feel of real life running through it. These are not your typical characters but complex individuals with back stories that bleed off the screen. You get the sense, just from the looks and gestures what is going on inside of them and what is not being said.