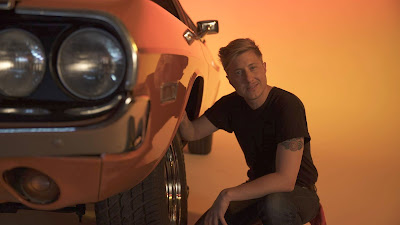 Andrea James’ Becoming a Man in 127 Easy Steps: But What About the Children is an eighteen-minute truncated version of pioneering trans artist Scott Turner Schofield’s 2007 performance piece that examines the transgender experience through a series of 127 theatrical vignettes. During live performances, the audience is encouraged to shout out numbers from 1 to 127, picking and choosing which vignettes will be performed, thereby inviting the audience into becoming active participants in that night’s journey of trans self-discovery. The piece was a smash hit, leading to Schofield taking it overseas for over twenty international productions, transforming him into one of the leading trans voices in the American entertainment industry. (His bona fides include becoming the first openly transgender actor in American daytime television with a recurring role on CBS’s soap opera The Bold and the Beautiful as well as serving as creative consultant for the groundbreaking trans lead Jules in HBO’s teen drama series Euphoria.)

Since James couldn’t put all of Schofield’s vignettes in a film—if the three featured were any indication of length then all 127 would result in a nearly thirteen hour movie—she seems to have chosen the three most indicative of the childhood trans experience. The first entitled “#1 - Get Lucky” sees Schofield changing the tire to a sports car as he wistfully recounts his conception that resulted from his mom fatefully meeting his dad one day while trying to fix a flat tire. Even more crucially, he explains how his stepfather (who happened to work in a tire factory) was the first person to accept him as trans growing up. The second, the comedic centerpiece of the film, is called “#8 - Wear Boy Underpants.” After his Uncle Bill dies while visiting his family one Christmas morning, he got shuffled over to his friend Noelle’s house while the EMT’s removed the body. Once there, he got to wear Noelle’s brothers underpants—the first boy underpants he ever wore! It ends with Schofield thanking his Uncle Bill for “one free day of childhood.” The last vignette, “#125 - Transmit What Little Wisdom You Possess,” tells of his heartbreaking but ultimately hopeful encounter with a homeless trans teenager while serving as Grand Marshall of a small town Pride parade. Combined, these shorts create an empathetic experience that leaves us eager for more. Hopefully James and Schofield will continue to make more of these vignettes available.
Posted by Steve Kopian at April 27, 2020