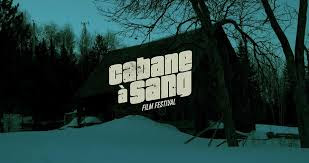 The second weekend of Cabane à Sang had a rough start. Streaming on Facebook the festival got booted off when they were reported for violations. The why's and hows puzzled the organizers since they had screened similar films in week one and had also checked before hand.  They regrouped and got the festival back on track elsewhere.

I have to say right at the top the second night was even more crazy and over the top as the first week.  I really have to consider getting to Montreal for the next one because if they do another night of films like this one is will be a total gas to see it  with an audience. I can only imagine what this would have been like with an audience yelling screaming and talking to the films.  Yea, I know that's normally a bozo no no but when you program almost four hours of over the top gory funny and twisted films you can't help but talking to the screen - I did and I was home. (actually I was talking to myself so much that the other people in my house thought I was having an animated conversation on the phone).

For the record, as much as I absolutely loved the second night of the fest, I would rate this one a half a step behind the first. Now before Frank and the rest of the Cabane à Sang come to New York and kick my ass, understand that while the films are pretty much all on the level of the first week, the  fact that the humor was all over the place made me put it a half step back. In more practical terms where almost every film in week one created tension, and more often than not bone chilling scares, the films this week produced differing levels of laughter. Laughs are more a matter of personal taste than scares.

Most of the second week was mix of laughs and gore and it was a welcome relief after the madness going on the world. I really liked that I was allowed to laugh at some really sick things like flying eyeballs, masked wrestlers squashing heads, killer sofas and popping pimples. Sure I wanted to throw up but at the same time the oozing orifices and wounds were opened up in such a good natured way that I stopped gagging and started laughing. Trust me some these films are profoundly gross to the point that I was often wondering if they really had to go there. (Yes, they did and yes that is a rave.)

I absolutely had a blast. For my friends in New York the best way to describe this is consider the wildest and craziest nights of the old New York Asian Film Festival and double it. I'm talking about the Sushi Typhoon screenings that were so out of control they festival ended up getting banned from the Japan Society- but where NYAFF did it in the theater the mad guys and gals of Cabane à Sang did on screen. (which now makes me realized I need to do a road trip to Montreal for the next live event just in case....)

On the basis of the two nights of films the programmers put together Cabane à Sang is easily one of the best fests in the world. Sure it's not for everyone but for those who want to mainline genre films that pushes the envelope of storytelling and good taste this festival is for you.

Cabane à Sang is one of the best programmed festivals I have ever seen, taking a wide assortment of out there films and putting them together in short blocks that perfectly enhance every damn one of them. If you don't think that's an achievement, then the next film festival you go to take a look at a block of their shorts. It will run anywhere from 60 to 120 minutes  and I am certain that there will be one if not more film that will make you scratch your head wondering why they programmed it. By comparison the people at Cabane à Sang programmed over seven hours without any real hiccups. That is unheard of and I've never seen it.

Ultimately the the best thing I can say is the fest is balls to the wall goodness with a glorious fuck you attitude toward polite Hollywood cookie cutter cinema. If you ask me it doesn't get much better than that.

Below you will see some quick thoughts on the films in the mix for night two.

However before I to I need to give a shout out, a big socially distant hug and HUGE thank you to Frank Appache who put the festival on my radar, made sure I saw the films and answered my stupid questions. Frank- let me know what you need in the future and keep sending me good stuff. 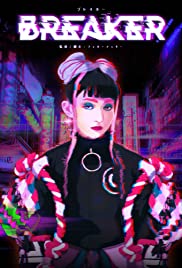 PLAY PAUSE KILL- A woman who is writing a screenplay is interrupter by a friend texting. I can't say where this is going but some people are going to wince....and some are going to cheer.

SAVAGE EN ESTI an Aussie takes tourist around who wants to see dangerous animals in the wids of Australia...but there are only magpies...or they think. Funny little film

GRAVE SIGHT- a couple tries to dig up a witch and unleashes a demon. Wicked black comedy full of blood and gore is a great deal of fun.

A NIGHTMARE ON CHOCOLATE - A wicked Elm Street send up

BUMPS IN THE NIGHT- a girl, her pimples and a monster. This was gross. Funny  but gross. I mean really gross

EVSTRONGER - a wicked spin on Ikea furniture and their instructions in particular.

WHISPERS- a man sees rats- and while this is stomach churning in the extreme, no animals were harmed

COWBOY- in a frozen forest three cowboys are starving....its a black as night Christmas tale- destined to be a classic

PAPA WRESTLING Masked Wrestler father of a bullied kid bullies the bullies. Its a gruesome revenge film that will make you laugh out loud

I missed the title for this one but it involves weird guy growling and throwing up. Its a strange hybrid of art film and trash film that actually works both sides well. Not my cup of tea but I appreciate what it did.

MANIAC PLUNGER 2: PLISSCON'S ESCAPE- when the toilets back up in a super security prison the guards get the killer "Maniac Plunger" Slip Plisscon out of his cell to clear the blockage. Sadly they should have listened when he said going back to being a plumber was dangerous.

Another one I missed the title of. This was weird experimental film that acted as palate cleanse.

PEOPLIN-- if John Waters and Eraserhead has a child it would have been this film.

LAZY BOYZ--food and weed and a killer couch. This was wild and crazy and out of control.

BREAKER- award winning  film has a cybernetically enhanced hacker invade by a sentient weapon everyone wants. Its a stunning piece of filmmaking

A FAMILY TALE- the weird family with a strange way of making money....
Posted by Steve Kopian at April 29, 2020