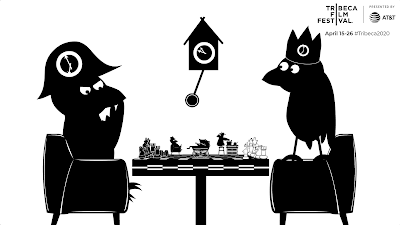 Alex Budovsky is once more animating the music of Stephen Coates and The Real Tuesday Weld in the third film in the Clerkenwell Trilogy.

The crows are back and this time they are dealing with martial problems, work problems and life as a married couple. Its a wonderful and allows for some visual gags.

Running a close second to the classic BATHTIME IN CLERKENWELL This film is an absolute delight. I had to play it over and over again because the animation and the music are so absolutely perfect together I didn't want to move n to the next thing.

I am a huge fan of director Budovsky. His visual style, while often stark (the Clerkenwell films are all black and white and his color films have no shades)  is friendly and alive. Often literally so as in animate objects come to life.

Going into the festival this film was at the absolute top of my must see list. When I was given access to the online library of films it was the first film I watched.

An absolute must see. This is a glorious piece of animation. 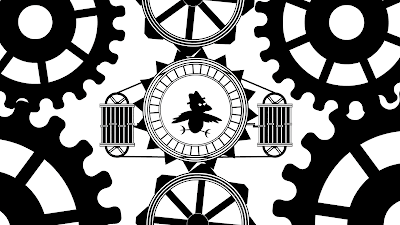