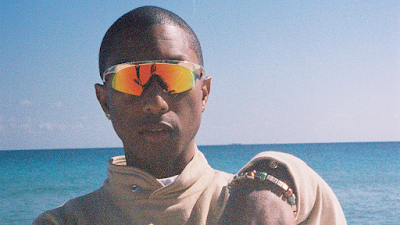 The story of Pharrell's return to his home town when he brings his Something In The Water Festival to help spread word, funding and hope for the kids in the school he grew up with as a child.

It is oddly put together and one has the feeling it wasn't a planned film but came together as an after thought since pieces of this were shot with a variety of  cameras. This would explain why we don't see much of say the festival or certain events since footage had to be picked up by what ever means possible

While not bad  HYDRATION never comes together to be a satisfying whole. It is  ultimately all over the place. Even when we realize that this is not a music film, the fact that it jumps around makes it hard for us to really engage.

If there is one thing that Tribeca is best at it is picking music docs and films. You almost can't go wrong. While over the last 11 years Tribeca has had it share of music related docs that failed nobly it is rare that there has been one this so messy and as big a misfire.
Posted by Steve Kopian at April 24, 2020