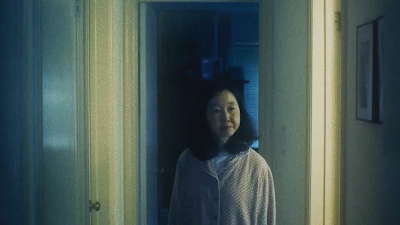 MUSEUM OF FLEETING WONDERS
A series of re-enactments of small moments where it felt like the veil was dropped and we caught a glitch in reality.  Four intriguing moments that will make you go" hmmmmmm". and more importantly make you want to see more. These bite size little moments will make you wonder about the nature of reality and what other goodies the filmmakers are cooking up. 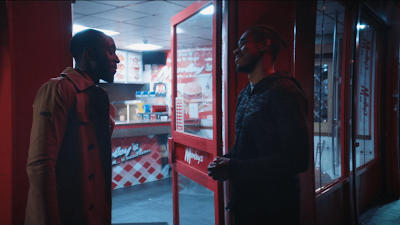 NO MORE WINGS
Two friends meet in a wings place in London possibly for the last time.
Great film about long term friendship and how things change, things change but bonds remain. This is a small gem with a wonderful sense of place.  I love that the film lets the characters speak their own way and doesn't try to clean up the language for the rest of us. Rarely have we ever been in one small moment in time as we are in this film.
Very recommended. 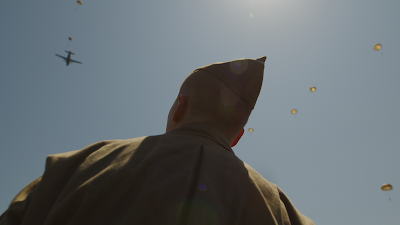 SIXTH OF JUNE
Moving film about the remembrance of D-Day. It ponders our need to remember, the fact that many in the US have forgotten and the dangers of doing so. This is a vitally important film that says a great deal in a short amount of time. One of the most important films at Tribeca, this film deserves a longer more carefully considered piece than I am capable of at this time (and perhaps and expansion into something longer, assuming that is possible). This is a film that must be seen and discussed. 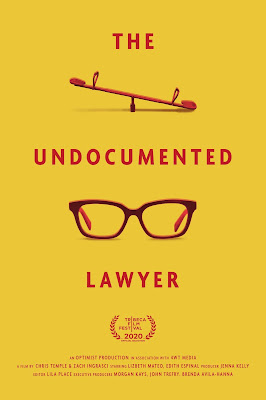 UNDOCUMENTED LAWYER
Portrait of undocumented attorney Lisbeth Mateo. Who came to the US as a teen and became an attorney in California. We watch  tries to help with the case of a woman taking sanctuary in a church.  A good film on an important subject whose story isn't done. As a final title card says Lizbeth is now a target of ICE who has started deportation proceedings. Clearly this story will be revisited down the road.(Hopefully in a feature)
Highly recommended.
Posted by Steve Kopian at April 22, 2020