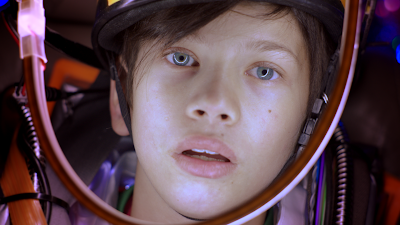 This film focuses on the Kosovar who are living as refugees in Sweden having fled from Kosovo. This is their second time attempting to find refuge in the country. The cycle of escape, deportation and escape has taken its toll on the family and on sisters, Ibadeta and Djeneta who developed “resignation syndrome” which put them in a coma like state. (The illness is not understood and seems to hit highly stressed refugee children, particularly in Scandinavia. As the family struggles with the sister's illness and their refugee status, young Furkhan dreams of flying off into space.

One of a kind documentary mixes the straight on telling of the story with some flights of fancy. How you react to the mixture is going to determine how you feel about the film as a whole. Personally I was intrigued with the story of the daughters and how their plight may have brought on their illness. I'm not to sure the less striaght forward bits work. Don't get me wrong, the sequences are very well done I'm just not sure they integrated enough for me.

Regardless of my reservations it is nice to see something do something different and as such it is recommended. 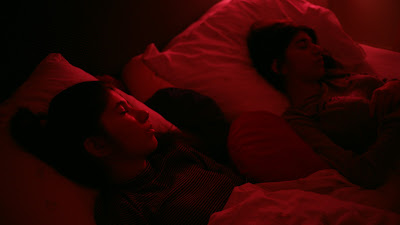