NYAFF Capsules: BASEBALL GIRL and BENEATH THE SHADOW

Solid and some what by the numbers sports tale is lifted up several notches by the  work of Lee Joo-young who disappears into her roll so much that she drags us along despite having a good idea how this is going to play out. It is her work makes this a must see. 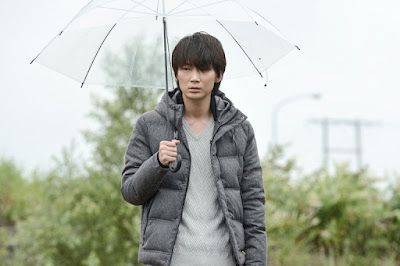 BENEATH THE SHADOW
Pretentious art house film concerns two work friends who develop a close bond, when one of them goes missing it throws the other into a tizzy.

Dripping with meaning and symbolism at every turn this wildly over long film struggles to say something in light of the 311 disaster. I wouldn't have minded so much but the film is trying way too hard to be about something deep. Honestly director Otomo Keishi should have relaxes a little since his previous films, even the Rurouni Kenshin films (of which he's scheduled to make 2 more) said more  by trying less hard